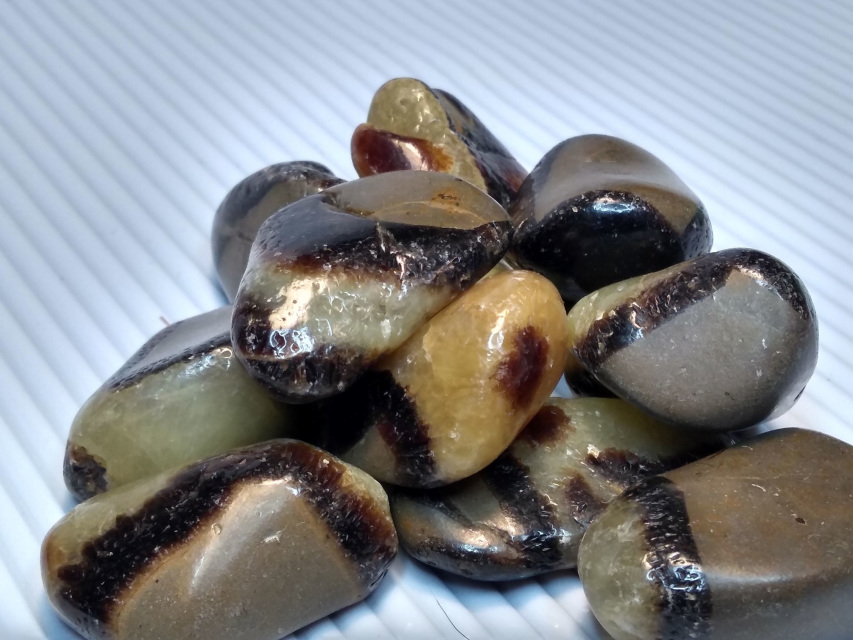 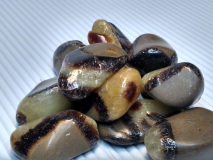 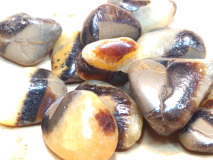 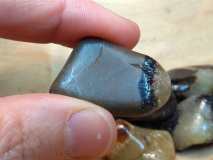 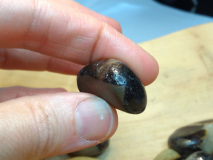 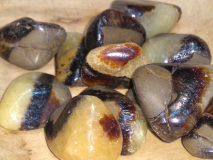 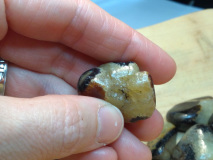 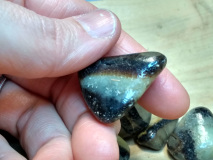 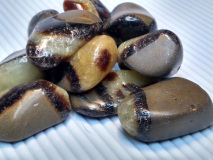 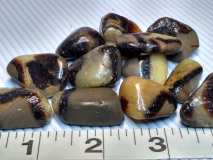 These are Septarian tumblestones. The polish is a little rough in some areas giving it a smooth but raw texture.

Add to Cart
Your stone will be intuitively selected with you in mind. It will be cleared of any energy not its own and infused with Divine light before being packed for you.
GEOLOGY:  Occurs as an egg-like shape which is often has seven (Latin-septum) segments (Saeptum in Latin).  Occurs with 3 or 4 colors - yellow (calcite), brown (aragonite), grey (limestone or chalcedony) and sometimes white (baryte).  The colors of the stones depend on the particular mineral make-up.  These are approximately 50 million years old.
CHAKRAS:  Root Chakra
FEATURES:  Very grounding, Overall Health, Tolerance, Patience
Choose Septarian when grounding is needed.  When meditated on it assists those in the healing arts in understanding the cause of dis-ease and choosing the tools to utilize in helping another to facilitate healing.  Helps in public speaking.